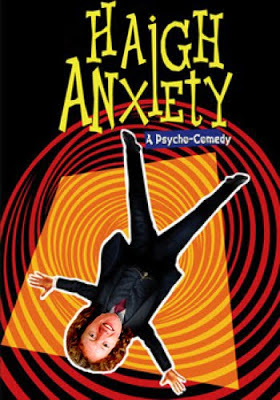 What she means is that the 20th century's persistent high level of solar activity peaked in 1985. That is the estimate developed by Mike Lockwood and Claus Fröhlich. The actual peak was later (solar cycle 22, which ended in 1996, was stronger than cycle 21 by almost every measure) but set that aside. Who could possibly think that cooling should commence when forcings are at their peak, just because the very highest peak has been passed?

Haigh's argument against solar warming was in response to my suggestion that one new sentence in the leaked Second Order Draft of AR5 is a "game changer." That is the sentence where the authors admit strong evidence that some substantial mechanism of solar amplification must be at work. The only solar forcing in the IPCC's computer models is Total Solar Irradiance so if some solar forcing beyond TSI is also at work then all their model results are wrong.

No, no, no, Haigh told the NewScientist, it is "the bloggers" who have it all wrong:


They're misunderstanding, either deliberately or otherwise, what that sentence is meant to say.

Look whose accusing people of misunderstanding. This woman thinks that warming is driven, not by the level of the temperature forcing, but by the rate of change in the level of the forcing. When a forcing goes barely past its peak (solar cycle 22 nearly identical in magnitude to cycle 21), does that really create cooling? Haigh should try it at home: put a pot of water on a full burner for a minute then turn the burner down to medium high. Does she really think the pot will stop warming, or that it will actually start to cool?

"Deliberately or otherwise," this is an astounding misunderstanding of the very most basic physics, and Haigh is not the only consensus scientist who is making this particular "mistake." Hers is the stock answer that pretty much every "consensus" scientists gives when asked about the solar-warming hypothesis. I have collected examples from a dozen highly regarded scientists: Lockwood, Solanki, Forster, Muscheler, Benestad, and more. Not surprisingly, it turns out that they are all making some crucial unstated assumptions.

To claim that the 20th century's high level of solar forcing would only cause warming until some particular date such as 1970, or 1980, or 1987, one must be assuming that the oceans had equilibrated by that date to the ongoing high level of forcing. That's just the definition of equilibrium. After a step up in forcing the system will continue to warm until equilibrium is reached.

When I asked these scientists if they were making an unstated assumption that the oceans must have equilibrated by 1980 say to whatever forcing effect high 20th century solar activity was having, almost all of them answered yes, each giving their own off-the-cuff rationale for this assumption, none of which stand up to the least bit of scrutiny. Isaac Held's two-box model of ocean equilibration is better than Mike Lockwood's one-box model, but just move to the next simplest model, a three-box model of ocean equilibration, and any idea that longer term forcing won't cause longer term warming collapses.

This accords with what we actually see. Since the 50 year absence of sunspots that coincided with the bottom of the Little Ice Age, 300 years of uneven warming have coincided with an uneven rise in solar activity. Any claim that these three centuries of natural warming had to have ended by a particular 20th century date (never mind right when solar activity was at its peak), is at the very least highly speculative. To claim that we can be confident that this is what happened is borderline insane.

Or maybe it's that other thing that Joanna Haigh insinuates about. Maybe there is an element of deliberateness to this "misunderstanding" where scads of PhD scientists all pretend that warming is driven by the rate of change of the temperature forcing, not the level of the forcing. How else to blame late 20th century warming on human activity? Some rationale has to be given for why it can't have been caused by the high level of solar activity that was still raging. Aha, what if temperature were driven by the trend in the forcing rather than the level of the forcing? That would do it. Let's say that one. Let's pretend that even peak forcing will cause cooling as soon as the trend in the forcing turns down.

It's one psycho-drama or the other: either Haigh's insinuations about dishonesty are projection, accusing others of what she and her cohorts are actually doing, or she's just dumber than a box of rocks.

The draft report acknowledges substantial evidence for some mechanism of solar amplification and lists Henrick Svensmark's GCR-cloud theory as an example of one possible such mechanism (7-43 of the SOD):


Many empirical relationships have been reported between GCR or cosmogenic isotope archives and some aspects of the climate system (e.g., Bond et al., 2001; Dengel et al., 2009; Ram and Stolz, 1999). The forcing from changes in total solar irradiance alone does not seem to account for these observations, implying the existence of an amplifying mechanism such as the hypothesized GCR-cloud link.

Haigh claims that the evidence about cloud formation being induced by cosmic rays points to a weak mechanism, then simply ignores the report's admission of substantial evidence that some such mechanism must be at work:


Haigh says that if Rawls had read a bit further, he would have realised that the report goes on to largely dismiss the evidence that cosmic rays have a significant effect. "They conclude there's very little evidence that it has any effect," she says.

Rawls says that if Haigh had read the actual sentence itself, she would have realized that it isn't about galactic cosmic rays, but only mentions GCR-cloud as one possible solar amplifier. Aussie climatologist Steven Sherwood did the same thing, claiming (very prematurely) that the evidence does not support GCR-cloud as a substantial mechanism of solar amplification, then pretending away the report's admission of clear evidence that some substantial such mechanism is at work:


He says the idea that the chapter he authored confirms a greater role for solar and other cosmic rays in global warming is "ridiculous". "I'm sure you could go and read those paragraphs yourself and the summary of it and see that we conclude exactly the opposite - that this cosmic ray effect that the paragraph is discussing appears to be negligible," he told PM.

As JoNova and I blogged last weekend, this ploy inverts the scientific method, using theory (dissatisfaction with one particular theory of solar amplification) as an excuse for ignoring the evidence for some mechanism of solar amplification. Using theory to dismiss evidence is pure, definitional anti-science. Unfortunately, NewScientist gives this slick anti-scientist the last word:


"The most interesting aspect of this little event is it reveals how deeply in denial the climate deniers are," says Steven Sherwood of the University of New South Wales in Sydney, Australia – one of the lead authors of the chapter in question. "If they can look at a short section of a report and walk away believing it says the opposite of what it actually says, and if this spin can be uncritically echoed by very influential blogs, imagine how wildly they are misinterpreting the scientific evidence."

Sherwood and Haigh are flat lying to the public about what a simple single sentence says, pretending the admission of strong evidence for some substantial mechanism of enhanced solar forcing was never made, then trusting sympathetic reporters and editors not to call them on it. This is why the report had to be made public. After my submitted comments showed how thoroughly the new sentence undercuts the entire report it was obvious that the consensoids who run the IPCC would take the sentence right back out, and here Sherwood and Haigh are already trying to do exactly that.

Too late, you fruitcake anti-scientists. Your humbug is on display for the whole world to see.

Comments:
I am in love with your quality articles! I wish I had time and patience to make my blog like yours. Thanks for the informative information you share.