Richard Lehner, a spokesman for the Missile Defense Agency, insists that the striking similarity between MDA's website logo and Obama's campaign logo is just coincidence. He says the MDA logo was created for a recruiting campaign that preceded the 2008 election, which is confirmed by an October 2008 recruiting ad in MIT's campus newspaper. There it is on page 17 (large PDF warning), MDA's Obama-esque configuration of circles and crescents, complete with waves of grain:

The MIT ad means that the MDA logo is not a product of the Obama administration, but that doesn't mean it is not an offshoot of the Obama logo, which was introduced in early 2007. Unless the MDA recruiting campaign goes back that far, the MDA design could still have been influenced by Obama's design, or directly created by an Obama supporter. It's hard to believe it wasn't, but unless Obama's own people had some inside influence with the logo designers at TMPgovernment (not an impossibility) any intentional similarity would be a product of the designers' own initiative, not the Obama team's orchestration. Big deal. Obama can't help what his supporters do.

The classic Islamic crescent (based on later flags of the Ottoman Empire) is defined by its circular inner and outer arcs. Contrast this to a crescent moon, which has an elliptical inner arc (when projected onto two dimensions). Several jihadist organizations use a full circle-in-circle crescent in their insignias, just like the one in the MDA logo.

Here is the insignia of The Popular Front for the Liberation of Palestine: 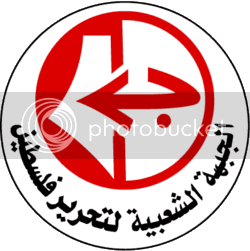 Similar insignias are used by Hamas:

by the Islamic Palestine Block: 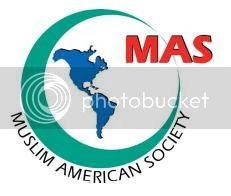 As with the Missile Defense Agency logo, the inner circle in the MAS logo represents the earth. The 360° green crescent formed by the space between the two circles represents Islamic domination of the planet. This Islamic triumphalism is also the depicted on the Hezbollah flag, which uses 2/3rds of of the outline of a globe to create an Islamic crescent covering the more typical 2/3rds of a circle of arc: 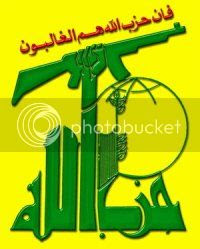 It is unclear what the blue crescent formed by the inner and outer circles of the MDA logo is supposed to represent. It's not a missile trajectory (that's in red), and if it were supposed to be atmosphere, the thicker side would be the near side (as defined by the missile trajectory). All we are left with is the geometric similarity to the jihadi insignias.


Were concerns about the Islamic shaped crescent suppressed as anti-Muslim bigotry?

Friend vs. foe identification is as basic as military fundamentals get. Every soldier is drilled on every available identifier, over and over and over, and it never stops. It is simply inconceivable that our Defense Department could employ an Islamic symbol shape--in the midst of a war with Islamic terrorists--and not be aware of it.

The question is how the inevitable recognition of the Islamic symbol shapes got suppressed. Did those who recognized the Islamic crescent self-censor from fear of being branded an anti-Muslim bigot, like those who remained quiet about Nidal Hasan's violent Islamic diatribes (enabling the Fort Hood massacre), or did they raise their concerns and were they attacked, as Tom Burnett Sr. has been attacked ("Efforts to sully Flight 93 memorial deserve scorn") for protesting the Park Service's decision to plant a giant Islamic-shaped crescent atop his son's grave?

The difference is that Flight 93 Memorial architect Paul Murdoch saturated his Crescent of Embrace design with endless proof of terrorist memorializing intent. Not only does the giant crescent point to Mecca (making it a mihrab, the Mecca-direction indicator around which every mosque is built) but the design is replete with elaborately repeated Mecca orientations.

If only I would stop exposing the Mecca-oriented crescents, a silly Irishman recently advised, nobody would know and no harm would be done. It is only because I am doing the bad man's work for him, you see, that the opportunity for mischief arises.

This is exactly what our foolish elites say about Islam. Don't point out that Osama Bin Laden is a perfectly orthodox Wahabbist or you will just convince the other orthodox Muslims that they should follow him, as if they don't already know their own religion. We tried this strategy at Fort Hood and we all know the result. We have been squeezing our eyes wide shut for forty years, until we are on the verge of allowing Islamic suicide bombers to get nuclear weapons.

What graver symbol of our peril could there be than a DOD logo with the exact peculiar geometry of a jihadist insignia?


FOIA request has been submitted

I asked the Missile Defense Agency's FOIA officers to please send me whatever records they have--documents, emails, minutes--where the suitability of the crescent logo is discussed.

Hopefully somebody committed their qualms to writing, spurring enough cloud-chamber reactions to reveal the mechanisms of suppression that set those qualms aside. Very likely there was no opposition, only self-censorship, and it will turn out that an independent jihadi was left free to simply insert an Islamist logo onto the MDA website, just like the sound engineer who inserted "Islam is the light" onto the voice track of Mattel's Cuddle & Coo doll.

Alternatively, the TPMgovernment designer who composed the MDA's crescent logo could be completely ignorant and have no idea he was channeling Hamas and the Muslim Brotherhood. After all, it is the military that is supposed to recognize the insignias of the enemy. If our military is intentionally asleep at the wheel, don't expect an artsy civilian to do their oversight for them.

If the TPMgovernment designer was/is a simple lefty Obamaton (pretty common amongst artsy civilians) he/she/it might have been aware of the Islamic symbol shape, yet and thought it added a nice touch of multi-culturalism. (I have asked for the designers names too. Pretty sure I won't get them, but if there are any TPMgovernment employees or ex-employees who know how this happened, please speak up.)

If Obama's people did somehow exercise direct influence, then the Washington Times criticism applies. Recasting the symbols of the United States to reflect Obama's personal ensign is, well, call it the ultimate rejection of bipartisanship, but Obama is known to have gone down this road before. Remember this Obamanation: 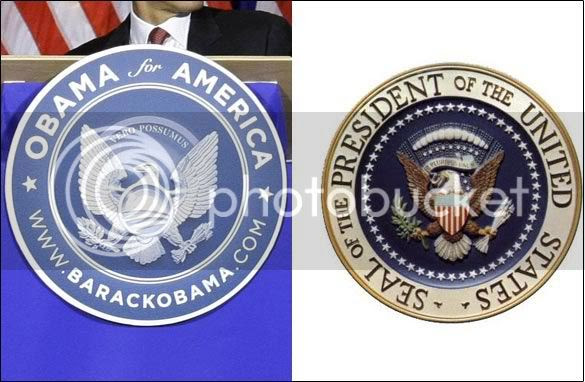 As for what the MDA needs to do, it really doesn't matter whether their website logo was done by a free-lance Obamaton, a free-lance jihadi, by direct influence, or by simple accident. Symbols of the American military must not share the peculiar geometry of the symbols of our terror war enemies. Ask any PFC. The MDA logo needs to be changed.

The tax protest movement has a long history in the U.S. and was a strong component of anti-government sentiments that surged during the 1990s. That wave culminated in the 1995 bombing of a federal building in Oklahoma City that killed 168 people. Several domestic extremists were later convicted in the plot.

Oklahoma bomber Timothy McVeigh said otherwise. Like Stack, McVeigh provided a manifesto of his motivations. In "Why I bombed the Murrah building," McVeigh said that he was avenging the slaughter of the Branch Dividians at Waco. (Other letters also mention Ruby Ridge.) He never mentions taxes.

Either way, it is clear that he has no interest in what is actually true. If Vertuno does not know that he is misleading his readers it is only because he does not care whether he is misleading them, or he would have bothered to check. No shoe leather required. Just Google "McVeigh" and "motive." The first search result is from The New York Times:

Misfeasance or malfeasance, it should be a firing offense either way. If AP were a real news organization, instead of a propaganda arm of the Democrat-left, Vertuno would be gone.

Stack was actually a leftist, ending his manifesto with a paean to communism:

To pin him on the Tea Party, Washington Post contributor Jonathan Capehart deliberately misquoted Stack, omitting his paean to communism without the use of ellipses. As Ace notes:

This was no mistake. This was a deliberate alteration of a document in order to lie to the audience.

Lies of omission (Capehart) or commission (Vertuno) are standard industry practice. Every day, our Democrat-dominated media spins every story for maximum partisan advantage. That means only telling the truth when there is no left-wing advantage in lying, or when lying spends too much of the media's dwindling believability to be the best way to serve their partisan ends.

Does the baldness of the Vertuno and Capehart lies make them miscalculations? Not at all. Look at Vertuno's case. He gets his lie in the print edition of numerous papers, pretending that the Oklahoma bombing was a tax protest. Only a very small percentage of readers will remember 15 years after the fact what McVeigh was actually about, so Vertuno has a good chance of rewriting history for a lot of people. The only correction will come in the conservative blogosphere, where everybody already knows that AP can't be trusted. Thus he gets a lot of partisan mileage at very little cost, even for a straightforward lie.

Very simply, near monopoly control of the established media is a gigantic advantage, and those who are willing to use it for maximum propaganda value can achieve a lot. It is going to be a long road to take these dirtbags down.