Taqiyya is the Islamic concept of religiously sanctioned deception. In particular, it allows Muslims to disguise their religious beliefs, and even deny their Islamic faith, in order to protect themselves or advance Islamic conquest. (Taqiyya is a Shiite usage, while the doctrine of "war is deception" is common to Islam in general.)

Manipulation and deception are also primary tools of the Western left, even extending to the specific concept of deception about allegiences, as I witnessed firsthand today.

I was trowling over a concrete repair in the driveway when a tall sixty something man on a bicycle said he was looking for one of the neighbors. He introduced himself as Jeb somebody and we talked for a minute. He spotted my "Elect Bush" bumper stickers and asked if that was me. "Yup. Sure is."

"What do you think now?" he asked with a jocular sneer. "Of course I am very pleased," I told him. "We just won the Iraq war. What's not to like?"

Jeb's face twisted in horror. "We didn't win," he cried. "We lost! And the whole world hates us now. We've done nothing but make enemies."

"We made enemies?" I challenged him: "The entire country of Iraq has turned against al Qaeda."

So he tried labeling me a chickenhawk: "Were you in the military?"

His next ploy was just as transparent: "I've been a registered Republican for 30 years," he said mournfully, "but because of George Bush, I'm thinking I have to go independent."

If he was going to pretend he was a Republican, I was going to pretend that he was capable of listening to reason: "Our accomplishment in Iraq is huge," I told him. "Every traditional Islamic sect embraces the jihadist concept of Islamic supremacy. No Islamic society has ever embraced religious liberty, where people of different faiths are treated equally. But now in Iraq, the entire population hates the religious intolerance of the jihadists, and they have the democratic power to enforce that choice. It is going to change the Islamic world. It is a huge victory."

As I spoke, my interlocutor started sidling around his bicycle, trying to escape. When he actually turned and started walking away I was having none of it. "Wait a minute!" I said firmly, catching up to him and pinning him on the spot: "If you have a different view, what is it? How could there possibly be a better outcome in Iraq?"

"As soon as we leave," he insisted, "that country goes to the terrorists. It doesn't matter if it is twenty years from now." He had already worked out how he was going to deny our victory in Iraq for the next twenty years!

As I finished up my concrete I recalled the case of an activist Democrat from Palo Alto who had been outed a couple years ago in the blogosphere for pretending to be an anti-war Republican. Just for kicks I googled "palo alto democrat pretends republican." Lo and behold, there was Jeb, occupying the first three links: 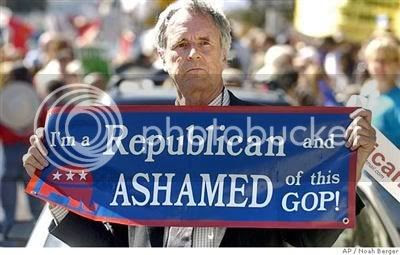 Wizbang, tipped off by Crockspot, had the campaign contribution proof from Newsmeat. As of September 2005, Mr. Jeb Eddy was listed as having donated exclusively to Democrats since 1998 (the start of his donation record). He is now listed as donating another $1000 to the Democratic Congressional Campaign Committee in 2006.

Apparently his strategic dishonesty extends to personal contacts. That is very much the jihadist mentality.

Technically I should say that my neighbor is practicing kitman (manipulative dissimulation) rather than taqiyya (avoidance of detection). And this is not the only coincidence between Mr. Eddy and the Islamofascists. He is also desperate for them to win in Iraq. He goes out protesting with Moveon.org, which places him squarely in the unilateral withdrawal camp that has been striving for several years now to abandon Iraq to al Qaeda and Iran. (This from someone who by his own profession believes that as soon as we leave, the terrorists will take over.)

I called the registrar of voters and Jeb Eddy is indeed registered Republican. He has actually donned the uniform of the opposition. It is like a Muslim telling people he is Christian (which is perfectly allowed in Islam), then telling them how disappointed he is in Christianity and how he thinks he should convert to Islam. It is a classic Islamic technique: pretend an allegiance that will make you seem trustworthy to your enemy, then sow dissention. As Donald Hudson writes:

Taqiyya has been used by Muslims since the 7th century to confuse and split 'the enemy'.

I wonder how often Mr. Eddy uses this kitman-esque form of dawa (proselitization). I suppose there are quite a few Republicans at this point who believe what they read in the newspaper and are convinced that the Iraq war has been a disaster. In this context, Mr. Eddy's fraud might actually have some success in sowing Republican dismay.

I hope that Mr. Eddy's continuing dissimulation is just a manifestation of his obvious irrationality (would a loss in Iraq really be to Mr. Eddy's advantage?) and is not an indication that his ploy has actually been working for him.


UPDATE: Thanks to Curt for the link. Don Surber notes that Chris Matthew's is also pushing the line that if we have to stay in Iraq it means we have lost. Don replies:

For thousands of years, you take over a country, you’re the winner. Matthews wants to change that, saying, “As long as we‘re stuck over there, it seems we‘re losing.”

More phony "Republicans": Michelle Malkin has a round-up of "Republican" voters who CNN rounded up to ask questions at the CNN/You Tube Republican Debate. Four of them were Democrat plants.

Powerline rounds up two more Democrat plants at the CNN/You Tube fraud, and Michelle reports that another was a CAIR intern. (Sounding like Jeb Eddy, this intern declared that the Iraq war has ruined America's reputation throughout the Islamic world. I would have liked to see Giuliani answer: "not in Iraq.")